And, once again, I’ve gone an entire month without really posting anything.

Let’s all say it together: Worst. Blogger. Ever. Again.

Overall, August was a pretty good month and saw us taking a delightful city break to the south of the Netherlands to visit friends. We spent three glorious days riding bikes along the canals, exploring smaller cities like Nijmegen and Molenhoek, eating Bitteballen, and drinking beer.

It was fantastic! The air was so clean and clear, and it was such a treat to be out in nature, riding bikes alongside fields of sheep and cows. Honestly, it was just the break that we both needed after a hectic July.

Plan your trip by using one of my favourite guides

From left to right: Belgium, Brussels; Valencia, Spain; Marrakesh, Morocco; Prague, Czech Republic (or Czechia, depending on who you ask).

The Thing About Prague

On somewhat of a whim (after her doctor calls her middle aged), Rachael Weiss decides to give up her job, her home and her cat, and move from Sydney to Prague. There, she plans on living the bohemian life, writing the next great novel and settling permanently in Prague. But, as usual, things don’t always go as smoothly as planned. For three years she navigated expat life, dealing with the eccentricities of the city, jumping the hurdles of bureaucracy and doing everything she could to make her dreams a reality.

I really enjoyed this funny yet touching memoir of Weiss’ time living in Prague. She painted such an honest picture of what expat life is actually like, which I related to on so many levels (confusion, paperwork and oh so much bureaucracy), but she didn’t dwell on those negatives. Even through all of her struggles, she painted a pretty beautiful picture of life in Prague, and I so enjoyed being a fly on the wall through the ups and downs of her journey.

Pick up a copy of The Thing About Prague

Four women, each at their own crossroads in life, find themselves staying at a villa in Southern Italy. Over the course of the book, these four strangers become close friends and help each other transform in myriad ways.

I’m not even going to sugar coat this: I hated this book. I couldn’t stand the characters, I found the storyline to be weak and predictable, and the style that it was written in was obnoxious at best. It was the longest 458 pages I think I’ve ever read, but I stubbornly struggled through and made it to the end.

I’ve hinted at this a few times, but now it’s finally time to make the official announcement. After a year of living in Leeds, we’re packing up our things and are heading off to Stockholm, Sweden, where we’ll spend the next few months so Dave can do his research.

I’m very excited about our upcoming move because Stockholm is one of my favourite cities in the world. I fell in love the first time I visited in 2012 and my love only grew when we were back in the summer of 2016. It reminds me a lot of where I grew up, and I’m really looking to have a chance to explore more of Sweden, Scandinavia, and to see the Gävle Goat at Christmastime.

And as excited as I am, I’m equally as nervous. I intended to make this announcement much earlier in the summer, but at the beginning of August, we encountered a bit of a hurdle. After weeks of waiting for our visa application decision we finally heard back: we’d been granted visas, but they changed our category from a work permit to a long-term resident visa. This meant that we could go and live in Stockholm, I just wouldn’t be allowed to work while we’re there.

As you can imagine, this was a huge and somewhat terrifying blow and one that completely threw a wrench in my plans and dreams for our time in Stockholm. But, it wasn’t/isn’t the end of the world. Instead of wallowing, I decided to pivot and immediately started getting my ducks in a row to set myself up as a freelancer. This is something I’ve talked about doing for a very long time, but never really put effort into it. Now, I’d have no choice.

At the same time as I was getting myself set up, we were continuing the fight, going back and forth with the Embassy and Migration to figure out just what happened with our application and why. As usual, when dealing with bureaucracy, with each person we talked to we got a different answer and different advice on where to go next. It made for a fun few weeks and wasn’t obnoxious or frustrating at all.

Finally, around mid-August, we were told we were under re-evaluation, and as of this writing, that’s where we stand: sitting, waiting and wishing for our decision to be reversed. If it is, wonderful! If not, it’s on to plan B. Either way, I know that whatever is meant to be will be.

Until then, we’re just sitting, waiting and wishing for this new and exciting chapter to begin!

Are you looking to reach new people, gain more followers and grow the readership of your blog? Consider becoming a Petite Adventures Featured Blog, where you will reach thousands of new people each month. For more information, visit http://wp.me/P5BYuE-1eM.

Home to more than 1,000 shops in its compact city centre, Leeds is one of the most diverse and exciting places to shop in the UK. It was recently named as the best shopping destination by the Rough Guide to Britain (2016) and has routinely held one of the top three spots over the last decade.

There are many reasons that it’s quietly climbed to the top of the list and in my latest piece for Collecting Labels, I highlight the two reasons you should pick Leeds as your next shopping destination: http://www.collectinglabels.com/shopping-guide-to-leeds/.

What to Pack for London in Summer

London is one of the most interesting and stylish cities in the world. Each year, the capital of the United Kingdom attracts nearly 20 million visitors to see Big Ben, Buckingham Palace, to ride the double-decker buses, and to visit the legendary Harrod’s.

If you’re one of those lucky people who have plans to visit London this summer, you might be wondering just what you pack for your trip to the Big Smoke.

And unfortunately, this isn’t an easy question to answer. But it is one that I try to tackle over on Collecting Labels, check it out: http://www.collectinglabels.com/pack-london-summer/.

Stay in Touch with Petite Adventures

Please Note: This post contains affiliate links, which means that if you click through and make a purchase, I will receive a small commission. All thoughts, feelings, and opinions shared on this blog and in this post are my own. 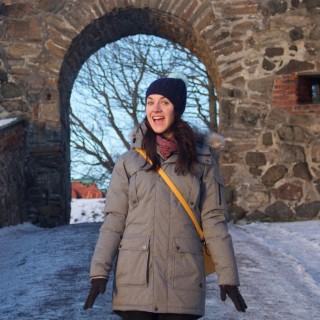